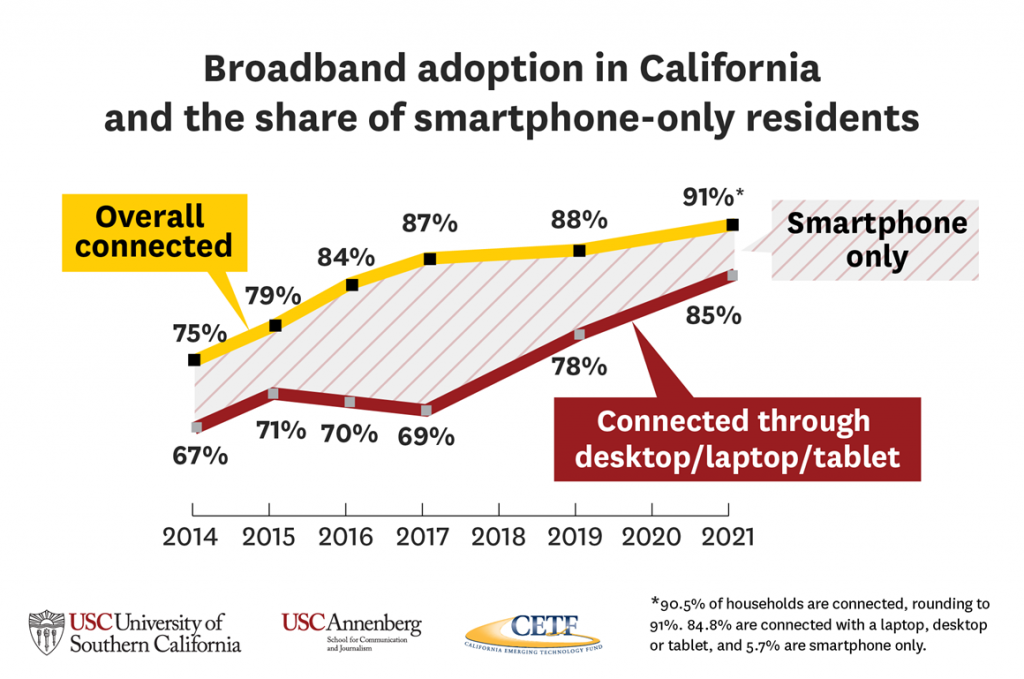 INTERNET ADOPTION AND THE “DIGITAL DIVIDE” IN CALIFORNIA

The 2021 Statewide Survey on Broadband Adoption was conducted by researchers at the University of Southern California (USC), led by Associate Professor Hernan Galperin, as part of a new research partnership between CETF and USC. The findings show that the share of California residents with Internet access at home continues to rise, with overall adoption surpassing the 90% mark for the first time. While this represents an important milestone for the state, the findings also show that progress is uneven and many continue to be on the wrong side of the digital divide. Further, the survey reveals how the COVID-19 pandemic has created both new opportunities as well as new challenges for achieving digital equity.

Among the key findings are: