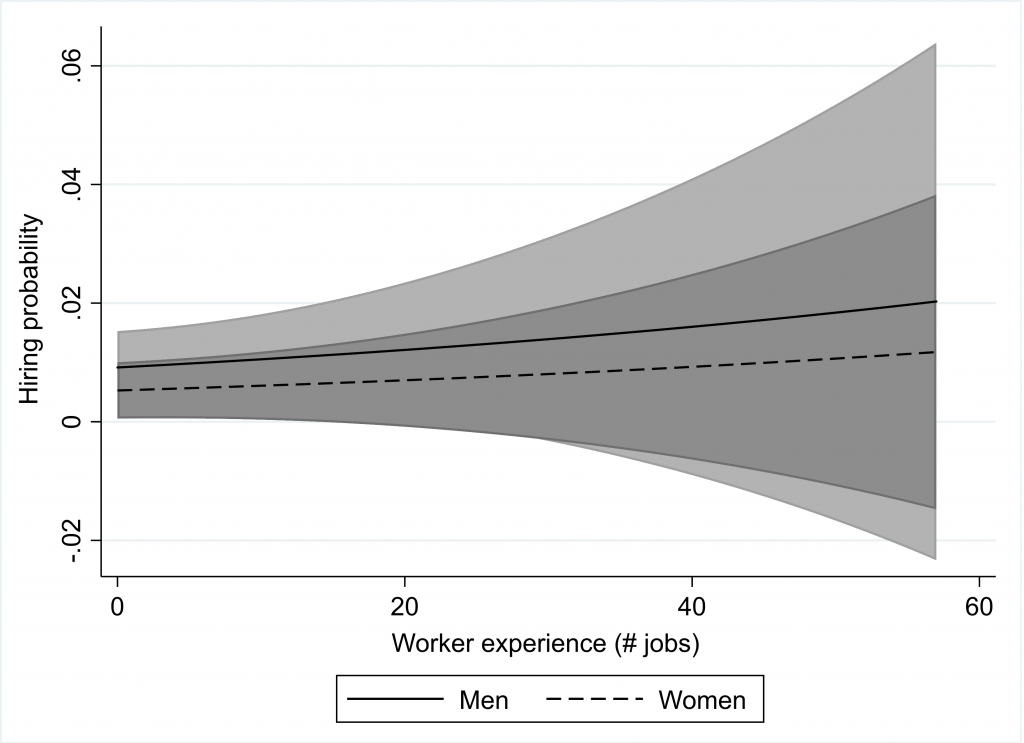 This study examines gender segregation in the context of the so-called gig economy. In particular, it explores the role that stereotypes about male and female occupations play in sorting men and women into different jobs in an online freelance marketplace. The findings suggest that gender stereotypes are particularly salient in online hiring because employers typically contract for short-term, relatively low-value jobs based on limited information about job applicants. These conditions trigger the use of cognitive shortcuts about intrinsic gender characteristics linked to different skills and occupations. The results corroborate that female candidates are less likely to be hired for male-typed jobs (e.g., software development) but more likely to be hired for female-typed jobs (e.g., writing and translation) than equally qualified male candidates. Further, the study investigates three mechanisms predicted to attenuate the female penalty in male-typed jobs. The penalty is found to be self-reinforcing, as it perpetuates gender imbalances in worker activity across job categories that strengthen the sex-typing of occupations.