The Multistakeholder Model in the Management of Internet Unique Identifiers 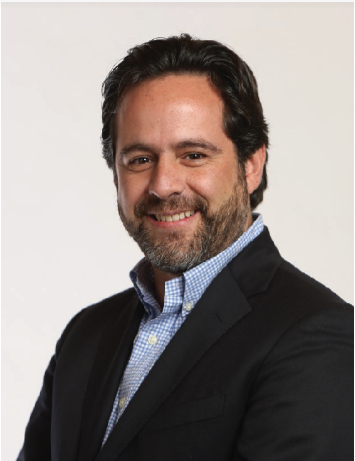 Rodrigo de la Parra, ICANN Regional Vice President (of Latin America and the Caribbean), will join us on Thursday, February 2nd.  He will discuss “The Multistakeholder Model in the Management of Internet Unique Identifiers,” followed by Q&A.  Lunch will be provided.

Suggested readings for the discussion can be found here.

A leading voice and advocate for the multistakeholder Internet governance model in Latin America and the Caribbean, Rodrigo de la Parra is a Regional Vice President for ICANN. Based in Mexico City but frequently travelling through the region, Rodrigo is responsible for outreach, support and engagement with user groups, governments, private sector and civil society throughout the diverse region. In his role, he works closely with the Latin American technical community to continue to build a robust Internet infrastructure in the region. Under his leadership, ICANN has opened an engagement center in Montevideo, Uruguay, in the House of the Internet and build up the regional engagement team for ICANN in Latin America and the Caribbean. Rodrigo has led the community efforts to establish the LAC Regional Strategy and will soon be establishing the DNS Entrepreneur Center in partnership with the Government of Paraguay and key regional organizations.

With more than 20 years experience as a multicultural executive, Rodrigo served as Director General of Prospective Regulation and Director General for International Cooperation of Mexico’s Federal Commission of Telecommunications before joining ICANN in 2011. While at Cofetel, he leveraged his diplomacy skills and deep knowledge of Internet governance structures and ICT to develop public policy and regulation recommendations for new technologies. He was involved with various ICT groups of international organizations such as the Organization for Economic Co-operation and Development, Asia-Pacific Economic Cooperation, Organization of American States, and the World Trade Organization, among others.

He also represented Mexico on ICANN’s Governmental Advisory Committee which gives governments a voice in the organization’s policy formation. He was a member of the Consultative Committee of NIC.MX, the non-profit operator of Mexico’s country-code Top-Level Domain and the registry that manages allocation of Internet Protocol address space to Mexican Internet Service Providers.

Rodrigo has a Master’s degree in political economy and international relations from the University of Essex in the UK. He has been a lecturer of International Organizations and Economic Negotiations and a consultant to the Latin American Cooperation for Advanced Networks.