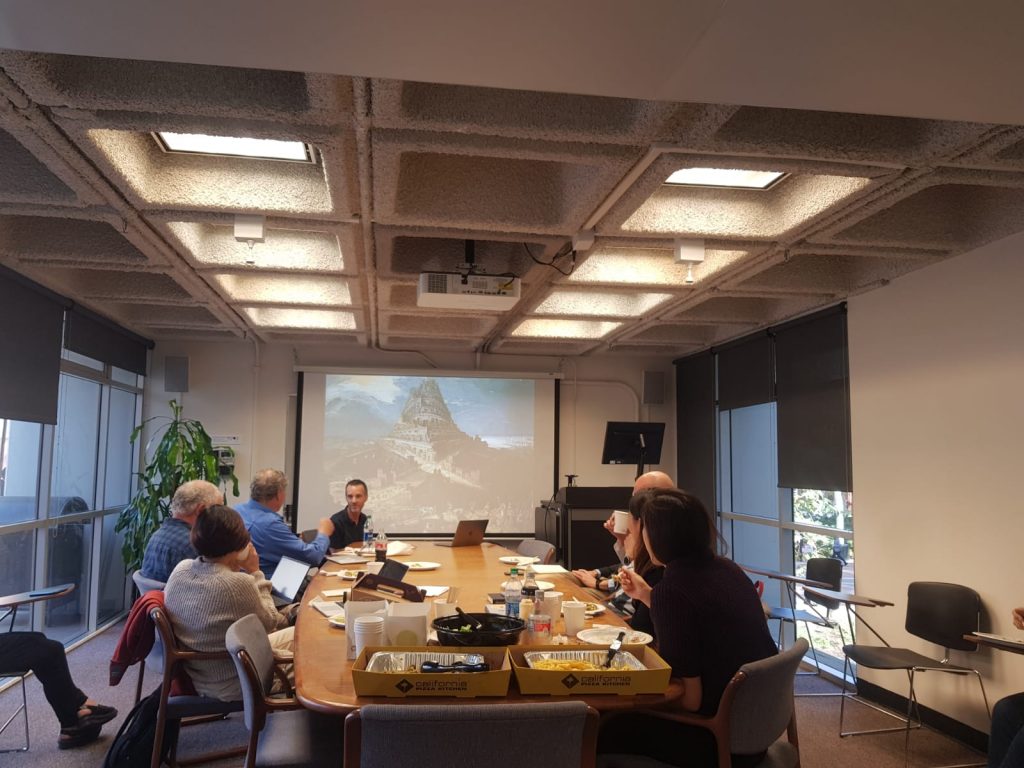 On Wednesday, February 12th, Steven Weber joined our ARNIC seminar. Steven, a 2020 Berggruen fellow, is a professor in the School of Information and Dept. of Political Science, UC Berkeley. He conducted the seminar in order to talk about his new project which is currently under development: “How to make Machine Translation a Force for Liberalism in Global Trade and Communications”.

Steven talked about the early stages of this project and the motivations behind it. He acknowledged language barriers and how this impedes global trade, communications, and social relationships. Language and cultural differences oftentimes impede trade negotiations, diminish contact between people from different nationalities, resulting in fewer marriages between cultures, etc. At the same time, current translation mechanisms are still very imperfect and can only make accurate translations for high languages. As a consequence, there is a need to improve this scenario and create a universal translation mechanism. Steven believes this mechanism would provide a force for liberalism in trade as well as ensure that everyone has the ability to communicate with each other.

With the development of this universal translation, there would be no need for people to actually learn new languages. Machine translation would ensure an accurate and timely translation of languages on our devices and home systems. As such, the time when language was a barrier for trade and communications will stay in the past.